How have you all been in these past few weeks of no posts?

Currently, it’s almost impossible to have a weekly post routine due to certain projects I am involved in, especially because devotion to them implies I’ll have less time to myself to be intentional about our posts here and that isn’t an option for me; so, I’m glad to receive messages from you letting me know that all this deliberateness is recognized. Thank you, WE MOVE!!

A congratulatory message I received from a colleague and friend of mine inspired me to push through and write today. In his words “y’all returning to Abj wasn’t the same way ya’ll left…. A lot has happened in between and ya’ll grown so much”. Amongst the other things he said, this was everything – So much growth indeed! Now, it isn’t to say we haven’t been to Abuja since we (my friend and I) moved to Lagos but it was always so brief and a struggled decision at best before we would now be recalled to the busy city. Apparently, Stew just never don yet lol; for this stage, we just were not complete on the growth necessary to accompany it.

I checked references for growth and one dictionary definition stuck out for me “development from a simpler to a more complex stage”. The word of God relates it in Hebrews 5 verses 11-14 as the transition from milk drinking to solid food eating; you are like babies who need milk and cannot eat solid food… solid food is for those who are mature”. Growth is great, but for simple to get to complex and a milk diet be switched to solids, training, certain levels of component breakdown and reformation must come to play and because growth is continuous, life will present these opportunities in stages.

You see, my relocation to Lagos was never intentional. Funny, I only went there for an audition process and had to wait a bit to follow through. Ironically, I missed the final stage of that audition because I was ushered out of the premise ‘accidentally’, only to find out by my friend that got to the final stage that they had my file and called out for me, sadly then (but perfectly now) there was no going back into that building once anybody was out (lol, I’m still giggling writing this); see real life set up by God, which wasn’t funny then though. The number of callbacks I had that I would finally see the project had commenced while I dey wait, the number of times I tried to get back to Abuja to just go back to my ‘safe zone’! In fact on the one or two occasions I would eventually stubborn through and end up in Abuja omo max 7 days (I hope I am not exaggerating) and I get a notification of a final callback, I go now spend my very very thin money to report back to base lmao! Yes base because I was fighting God ignorantly. This was the next phase, the next base of training and until I decided to stop, listen and let him lead, I wasn’t ready to grow and in truth, with God until you are ready to be trained, He won’t usher you in because immaturity will kill the finished promise.

That’s the line between both dictionary and bible references of growth that should be read well – ‘growth will NEVER happen until change is acknowledged/accepted’. Just like our bodies have to recognize that it’s time for certain biological adjustments to begin in order for cells to synchronize which in turn allows physical proof, so also a baby has to be willing to move on to eating a few solids from drinking milk and other than that will, sadly you can as well bid maturity bye. I had to stop fighting with God and be willing to listen to what He had said and was ready to say some more….

I wouldn’t push this writeup any further so as not to bore you guys but there’s more on growth I promise. Can I ask you and if you don’t mind sharing, do you think you are ready to accept the growth you sincerely feel you need in your life right now?

On the other side of fear 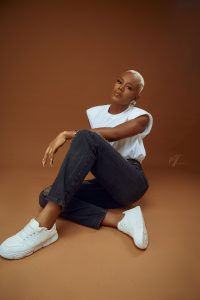 ABOUT US
Welcome to Jasminwryts! A brand centered on inspiring through creative content. My name is Jasmine Howson-Wright and I would love to challenge you to believe there is more to you, discover purpose, walk in your truth and BECOME, while enjoying premium content. Be inspired!
Contact us: jasminwryts@gmail.com
FOLLOW US
© Site Designed by Rated Web Solutions
MORE STORIES
JasminWryts

jasminwryts - October 24, 2021 2
Be kind-er to yourself. You’re on a journey you had no clue about from your first day here.You walked everyone else’s path;Every guiding a little...